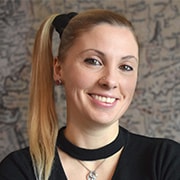 Is our collective obsession with driving down emissions actually standing in the way of solving the climate challenge?

I think it might be. I’m worried that this approach isn’t going to be enough to help us avoid catastrophic impacts from climate change. And I think if we’re honest, we can already see that we’re not getting the job done.

Instead of obsessing with merely lowering emissions, we should shift our focus to promoting biodiversity. Doing so can provide a much more effective means of combating climate change. If we examine three important aspects of the climate crisis, 1) protecting coastal cities from sea level rise, 2) fires from extreme drought conditions and 3) also dealing with emissions, it will demonstrate my point. But first I want to talk a bit about how we got here and why biodiversity loss is a risk we’re currently ignoring at our own peril.

How we fell into the emissions reduction trap

It’s not so strange that emissions are the main focus of global climate action. Focusing on emissions gives us something measurable and familiar. Carbon dioxide in the atmosphere traps the sun’s energy, causing the planet to warm. Coal, oil, and natural gas all turn into carbon dioxide when we burn them, worsening the problem. So, obviously the solution is to burn fewer fossil fuels, right? Sure, but is this the best approach?

Think about the seemingly innumerable ways that greenhouse gases enter the atmosphere: driving cars, generating electricity from coal, raising livestock, or treating wastewater. The list goes on and on. And for some of these things, we don’t have an economically viable alternative that does not harm the climate. In some, cases we don’t have an alternative at all. So how realistic is it to want to cut all emissions?

Also, climate change creates nasty feedback loops. As the climate warms, it causes things to happen, like the melting of permafrost, which accelerates global warming. It’s a vicious circle. The more we warm up the planet, the quicker the temperature will increase going forward. The climate challenge is varied and complex and unlike anything we’ve faced before. Yes, we have to reduce emissions and there’s plenty we can learn from how we dealt with emissions in the context of the hole in the ozone layer. But the past isn’t prologue. We need to think outside of the box if we’re going to keep global warming below the 1.5 degrees Celsius contemplated in the Paris Climate Agreement.

The mother of all risks: biodiversity loss

The term ‘biodiversity’ refers to the variety of life on Earth, at all its levels, from the genes in our DNA to entire ecosystems. Biodiversity sustains life as we know it - plants generate the oxygen we breathe, bees pollinate the fruit and nuts that we eat, coral reefs and mangroves provide protection to coastal areas, trees absorb pollution in cities, and animals ranging from tortoises to monkeys disburse seeds, leading to the growth of plants in new areas. From a financial perspective, the functioning of ecosystems creates tens of trillions of dollars in value for us each year, even though we take this for granted.

Each year the World Economic Forum (WEF) publishes its Global Risk Report, which analyzes the various major risks to our global economy and society and ranks them based on both the likelihood of their occurrence, as well as their potential impact. Biodiversity loss has been steadily moving up the ranking and in 2020, for the first time, it became a top five risk, in terms of both likelihood and impact. If you’re having a hard time conceptualizing how big of a risk biodiversity loss is, consider for a moment that in that same report infectious disease outbreaks (like, say a coronavirus) was listed all the way down at number 10 in terms of potential impact. In other words, the WEF community of experts and business leaders believes that biodiversity loss could have a significantly larger negative impact on the world than COVID-19 has. Scary right?

I’m making the case for biodiversity as a better lens through which we can develop truly impactful solutions to the climate challenge. Let’s look at the issue of coastal flooding. The science isn’t clear on exactly how many people on the planet are currently at risk. Some estimates say it’s more than 60 million people, others say it could be 250 million people or more. The point is, it’s a whole lot of people. And we know that even an unrealistically large reduction of carbon emissions won’t stop sea level rise. This will continue over the coming several decades even if we had a way to completely stop all emissions everywhere in the world.

Clearly, reducing emissions alone isn’t an effective solution for this major problem. But enhancing biodiversity could be. Coral reefs and mangrove forests provide natural protection to 100 to 300 million people living in coastal areas.1 These are very biodiverse ecosystems, and as such the first to suffer from biodiversity loss. But when coral reefs and mangrove forests are healthy and teeming with life, they need far less upkeep and human interference, to provide protection from tidal waves, than our man-made equivalents, like dikes and sea walls.2 They naturally slow down waves, reduce their height, stabilize the shoreline, and capture water and sediment.3 This all helps create shorelines that are far less prone to flooding. One estimate determined that coastal wetlands helped prevent 625 million dollars (USD) in direct damages from Hurricane Sandy in 2012.4

Extreme drought conditions and horribly destructive wildfires and forest fires have also become a conspicuous aspect of the climate crisis. 2020 was a bad year for fires around the world but in California, it was the single worst year in modern history. The state recorded more than 9600 separate fires, which scorched more than 4.3 million acres, more than 4% of the land in the Golden State. In fact, out of the 20 largest wildfires in the state’s entire history, five of them occurred in 2020. It’s pretty clear that climate change is at play here, with extreme drought creating explosively dangerous, dry conditions in many places around the world.

Biodiversity can help here as well. A large array of different species in the soil creates a drought resistant ecosystem. Different microbes interacting ensures that different nutrients are constantly available to plants, promoting plant growth and adding to their version of an immune system, which makes them more resilient to extreme climate events such as drought.5 There’s even an added value of plants keeping the soil packed with moisture as the root networks can grow more intertwined. Studies in the south of Europe found that biodiverse farmland combined with biodiverse forest management increase wildfire resistance by 50%6, meaning that by allowing nature to thrive we can prevent half of the annually occurring wildfires in countries such as Greece and Spain, as well as Portugal, where more than 100 people died due to large forest fires that overwhelmed fire-fighting capabilities in 2017.7

A better approach to emissions

But perhaps more importantly, a focus on biodiversity can actually provide a much more effective means of helping our ecosystems deal with carbon and other GHG emissions. Our current approach is to stimulate demand for and the creation of energy from renewable sources that do not emit harmful gasses into the atmosphere. We are also trying to reduce overall demand for energy where we can.

I hope things will change soon but, for now at least, there’s no real reason to believe that this approach will cut global emissions to the point scientists say is necessary to prevent catastrophic climate change impacts. And that means we need to adapt.

Our ecosystems need to be strong enough to absorb greenhouse gases and thus recover from all the substances we’ve been pumping into the air. This is where biodiversity comes in. Protecting and restoring levels of biodiversity increases the different types of plants that can filter these chemicals currently polluting the air. Our biggest carbon sinks are mangrove forests and peatlands, for instance.8 The benefits don’t stop there. A biodiverse ecosystem has a stabilizing effect on local climates, rainfall, heat and so on. By using biodiversity in our built environment, we can reduce the need to artificially regulate indoor climates. Here in the Netherlands, this approach has driven down energy demand, saving up to 7% of regular electricity demand in summer and 3% of natural gas demand in winter, in residential areas.

We don’t need to do this alone

The richness of different types of life on planet Earth is suffering as a result of climate change. According to the World Wildlife Federation Living Planet Report 2020, only 23% of species and 16% of habitats are in good health. But we can leverage this causal relationship in the opposite direction. By enhancing biodiversity, we can reduce the negative impacts of climate change. We absolutely need to reduce carbon emissions. But we also need to have our eyes wide open and recognize that this approach, on its own, won’t be enough. We human beings have caused the climate crisis and so it is our responsibility to solve it. But this doesn’t mean that we have to do it alone. Homo sapiens is one of perhaps a trillion or more species on the planet. Let’s enlist their help in solving the climate crisis.


1IPBES (2019): Summary for policymakers of the global assessment report on biodiversity and ecosystem services of the Intergovernmental Science-Policy Platform on Biodiversity and Ecosystem Services. Click here

2Sutton-Grier and Sandifer (2018) Conservation of Wetlands and Other Coastal Ecosystems: A commentary on their value to protect biodiversity, reduce disaster impacts, and promote human health and well-being. Click here

3Sutton-Grier A.E., Wowk K., Bamford H. (2015) Future of our coasts: the potential for natural and hybrid infrastructure to enhance the resilience of our coastal communities, economies and ecosystems. Click here