Pivoting mobility strategies in the wake of COVID-19 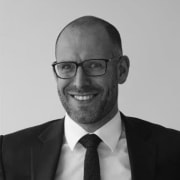 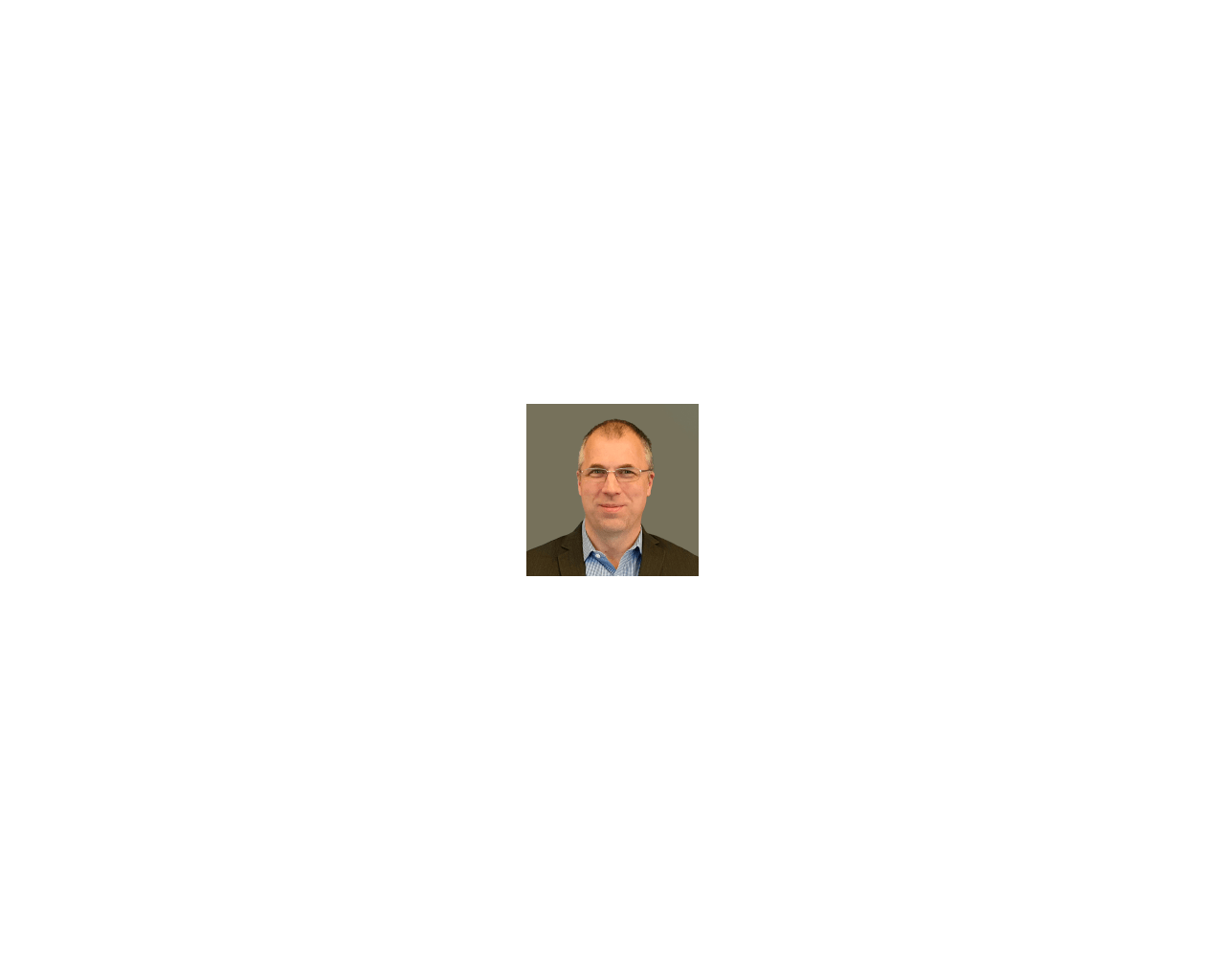 We hosted a roundtable with experts from New York, London, Los Angeles, Paris and Hong Kong to discuss how cities are pivoting mobility strategies in the wake of COVID-19.

The COVID-19 vaccine is finally putting a post-pandemic future on the horizon. But people’s changing travel behaviors and the resounding financial impact on transit agencies are reshaping what mobility looks like around the globe.

To better understand how agencies are evolving their long-term outlooks, I recently hosted a virtual roundtable with colleagues from major cities across the globe. Here are some of the key takeaways.

One of the earliest and hardest hit cities in the U.S., MTA bus and subway ridership plummeted 90% in March and April, reflecting remote working and the hospitality sector collapse.

MTA unveiled a massive disinfection program for its subways and buses, and even eliminated fares on buses for a period to encourage ridership. Through a variety of policy changes, New York changed the streetscape by adding more than 10,000 on-curb and in-street restaurants. The city also added more bike lanes, dedicated bus lanes and car-free streets in 2020 than any other year in the past.

City and transit officials are struggling to plan for the future. The entire transit system’s revenue model is not sustainable if ridership does not return to pre-pandemic levels. And it’s not clear pre-pandemic levels will be reached as remote working transitions to a hybrid of remote and in-person employment. The city’s response might include congestion pricing to diversify the operating model and reduce rush-hour congestion. Also, the city is considering ambitious programs to make the temporary streetscape policies permanent and further accelerate New York as a leader in cycling by constructing more protected bike lanes.

At its lowest point, Transport for London’s (TFL) ridership fell to 10% normal levels, with only essential workers using the system.

Part of the ridership decline was by design, as TFL actively encouraged residents to embrace active travel whenever they could. It leveraged grant money to add infrastructure that supported walking and cycling, and has already seen significant rises in these modes being used.

The city wanted to ensure former riders didn’t flood the streets with cars. The rapid acceleration of low traffic neighborhood plans – which implement physical measures to reduce or prevent access to vehicles with internal combustion engines – alongside increased congestion and ultra-low emission zone charges were used to reduce emissions.

Increased cleaning, social distance and mask protocols made transit safe for travel again. But the dramatic fall in revenues will require a new funding model for maintenance and expansion. CapEx plans are already changing, with planned projects on pause or being reconsidered altogether. Borrowing against revenue streams is no longer sustainable, and the city might need to embrace more private sector participation.

One thing officials do not want to lose sight of is equity. TFL is working to embed social impacts into the overall strategic transport plan. Shifting to electric vehicles, for example, might not be affordable for all. TFL will open dialogue with communities regarding low traffic neighborhoods, active transport and other initiatives to design equitable solutions.

LA Metro reported a sharp ridership decrease, going from 1.2 million daily riders down to 420,000 when the pandemic started. Overall, bus ridership went down 75% and rail use dropped 80%.

Many of LA Metro’s riders have no other option to get to and from work, and 60% of riders had no option to work from home. Shutting down the system would leave them stranded, so the agency increased cleaning standards and instituted a mask mandate to ensure safer trips.

Beyond providing the essential workers with bus and rail options, LA looked outside the box to capitalize on emptier streets. The empty streets initiative turned highly valued parking spots into spaces for outdoor dining and gatherings. Active transit became a trend, which aligned well with our current work with the LA Department of Transportation to identify areas with potential for biking and walking.

Leadership also took advantage of low traffic to accelerate mobility projects critical to the 2028 Olympic Games. With the ability to close complete sections of streets and highways, transit construction projects made more progress than they would have without the pandemic. Using virtual meeting platforms, the city is deepening connections with residents, particularly the Spanish-speaking community.

LA Metro anticipates a $1.2-1.4 billion deficit. Policymakers recognize the current fare model and fuel tax are not sustainable, and the agency is looking into alternative models used successfully in other cities. By borrowing from ideas around the globe and engaging with the community, the city will build a transit network with less congestion and useful options for everyone.

The Paris area saw more than a million people flee the capital ahead of the March 2020 lockdown, according to phone tracking data from the main French phone company. Public transit ridership dropped 96%, and car use dropped around 75%.

In the short-term, Paris’ public transit authority, IDFM, enhanced sanitary measures and established policies to manage density. The city also took advantage of empty streets to accelerate long-term plans to take cars out of Paris. Parking spaces were converted for restaurant and retail use. Hundreds of kilometers of bicycle lanes were installed, and operating licenses were awarded to e-scooter companies. Even the famous Rue de Rivoli was turned into a bike-only street.

Financially, public transportation CapEx and funding plans are sustaining, and a project to build a 200-kilometer line accelerated. But there are questions about long-term funding. Public transit ridership has yet to exceed 70% since the city lockdown lifted. More than a third of all riders have declared they will change their commuting habits – potentially permanently – forcing PTA to find more resilient funding sources.

IDFM and Societe du Grand Paris are exploring new revenue streams, such as selling land. There could be considerations for transit-oriented development at certain situations, but challenges around Paris’ density and assuming property owner duties could limit the benefits compared to those seen in cities like Hong Kong.

Ridership on Hong Kong’s MTR system, traditionally the city’s top mobility option, was cut in half as employers encouraged working from home.

Compared to the other cities featured, the MTR was buoyed by its diverse asset portfolio. The agency’s range of commercial and residential development properties ensured a stable source of income despite the fare revenue loss. This innovative model was already a financial boon for the MTR, but the pandemic highlighted just how valuable it is for agencies to explore revenue options beyond fares.

No surprise, but additional transit-oriented development projects are going on undeterred. Three more property development packages are being prepared for future stations, and government bonds for energy efficiency and railway services will help provide additional funding for expansion.

As cities plan for permanent changes that affect mobility, such as remote working, Hong Kong’s approach of exploring revenue options beyond fares should be considered. Our integrated approach to transit-related developments is called Mobility-Oriented Development, or MODe, which focuses on the integration of four key elements that bring value to transit hubs: connectivity, urban environment, social place-making and economic development.

City leaders, economic developers and transit agencies can use the MODe tool to assess their existing mobility developments, align future project priorities, optimize investment value and deliver transit hubs that are economic catalysts for surrounding communities. As the new mobility landscape takes shape, this strategic alignment will be crucial to implementing solutions that allow transit agencies and their riders to thrive.

Innovation in form, function and organization

Reducing client stress one persona at a time

Solving first- and last-mile mobility challenges by changing the conversation